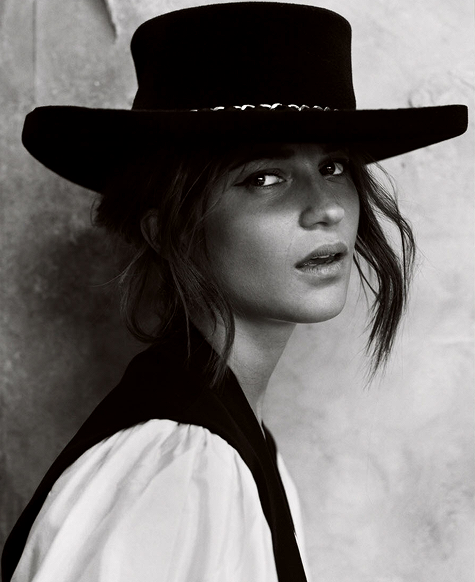 Women have loved telling their birth stories for centuries. The tales of how they brought life into this world in fields of daisies with the sounds of birds chirping in the distance; of hearing their newborn's first cry as a sea of doves erupted from the courtyard. Samantha Irving's birth story was different, and it was one that she often kept to herself. Peyton Irving (born Lillian Pamela Irving), came into the world in the back of a taxi cab. Samantha was alone, as she often was, and had tried her hardest to get to the hospital, but Peyton was obstinate and tenacious, even as a newborn. Two pushes, and a field of red hair with piercing green eyes entered the world.

Peyton got her feisty attitude and her lust for life from her mother. The woman had raised her and her older brother mainly on her own. She worked two jobs to support the family, while her father, a raging alcoholic, dictated every other aspect of their lives from a live-in spot on the La-Z-Boy in the living room. Sam was a florist by day, home health aide by night -- neither job paid much singularly, but together, they made enough to get by.

A warm and bright child, Peyton spent her early years being as inquisitive as her home life allowed. The siblings often missed school because of their family situation, but Peyton would do her best to read ahead so that she wasn't behind in her classes. By the end of elementary school, she was helping to teach her older brother to read so that he wouldn't be forced to stay behind a grade. Samantha did her best to foster a loving home environment for the children, but her drunk of a father often got in the way. The man was quick tempered and easily irritated, and his annoyances with the children often reigned down upon them in the form of physical and mental abuse.

The drinking finally caught up with her father when Peyton was a senior in high school. Richard Irving met his untimely end following an eighteen hour bender, when he thought it best to climb behind the wheel of his car with a BAC of 0.42. The only solace for Peyton came in the fact that he hadn't taken anyone else out with him. Despite the years of abuse at his hand, Samantha mourned her husband. Peyton's mother sank into a deep and relentless depression, which claimed both of her jobs and pushed the family to their financial breaking point.

Peyton tried for years to get her mother the help that she desperately needed, to no avail. When she was 20, she moved out of the house and into her own studio apartment. From there, it was easy to fall in with the wrong crowd. Peyton began staying out late, drinking too much, and associating with the wrong kind of people. Through the grapevine, she began talking to a guy -- Trent Reynolds. Trent was everything that her mother had warned her about. Possessive, quick to anger, insatiable drive toward the bottom of the bottle. Yet they fell in love -- they fell hard, they fell fast. And before she knew it, Peyton found herself at the receiving end of all of his anger, just as she had with her father.

It took a broken collarbone and a frantic call to the police to get her the help that she desperately needed. She got a restraining order, changed her name, and packed up what little she had left for the trip to San Francisco. Despite her fall from grace, she still had the grades needed to earn herself a spot in the Environmental Sciences program at the University of San Francisco. Peyton had always had a passion for the Earth and was desperate to find something to love that wouldn't hurt her in return.

A flower-child at heart, Peyton earned a bit of notoriety in Californian social circles through her protests. She has been arrested multiple times during silent protest, whether it be through picketing the local political offices or chaining herself to redwoods to prevent deforestation. She is a fiery soul who would do anything to prevent more death and destruction around her.

Though wary, she did allow herself to fall in love again. As Peyton typically does, she fell hard and fast -- dating for two years and eagerly accepting a proposal that lead to a short-lived marriage. Though things fell apart, she took it as an opportunity to work on herself. She accepted a spot in the doctorate program for Environmental Science, and is currently spending her free time hosting a true crime podcast with one of her best friends.

Peyton thrives throughout adversity. Though she has not gotten to where she is today by taking the easy road, she is grateful that the path that she followed helped to shape her into the fiercely loyal and dedicated person that she is today.

Pamela Isley was born in Washington, daughter of a wealthy family. She attended college in Seattle, where she studied botany. Pamela fell in love with Marc Legrand, one of her teachers and they started a relationship. Eventually, Pamela stole some special herbs from a local museum to help Legrand with some experiments, but he betrayed and poisoned her using the same herbs she had stolen for him. Pamela survived the poisoning and as a result, she became invulnerable to all poisons. These events were known by the FBI, but they had Pamela's name wrongly recorded as Lillian Rose.

Turning to crime, Pamela adopted the alias of Poison Ivy and appeared in public for the first time in Gotham City in order to challenge the most renowned criminals for the title of Public Enemy No. 1. She managed to outmatch them, but she was confronted by Batman and Robin. Using her charms, she almost escaped from them, but Batman recovered just in time to capture her and placed her in prison. Later, Ivy attempted to escape prison using Batman as her enforcer, but her plan backfired and she was captured once again[...]


• initials are the same (pamela isley)
• middle name is an alias.
• both have a strong affinity for the earth/botany.
• both are intelligent, phD level minds.
• both have suffered in toxic relationships.